PORTFOLIO BOOKS ABOUT BLOG THE VAN 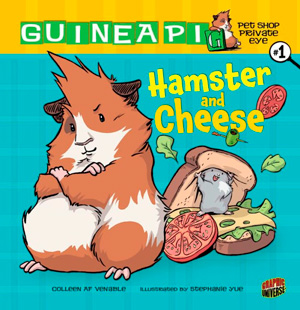 There's a sandwich thief in Mr. Venezi's pet shop, and everyone is a suspect, from the chinchillas to the goldfish. Never fear! The world's fluffiest detective on the case: Sasspants, PI(G). By day, Sasspants is your average book-loving, gizmo-inventing guinea pig. By night she solves pet shop mysteries with the help of her sidekick, Hamisher the hamster. Our furry little heroes will stop at nothing to find the sandwich thief! This is the first book in the Guinea PIG, Pet Shop Private Eye series. 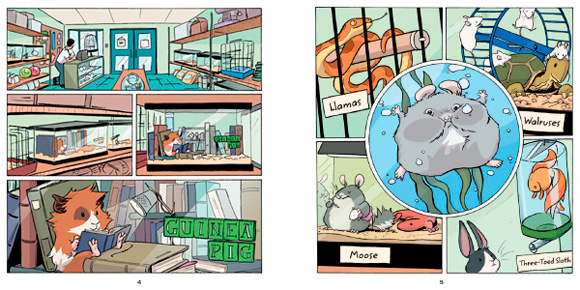 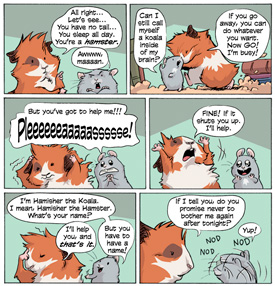 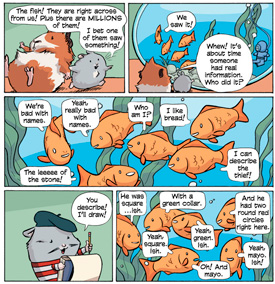 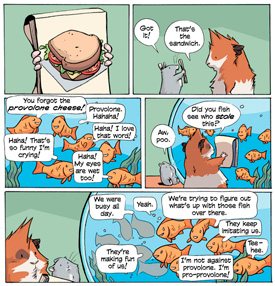 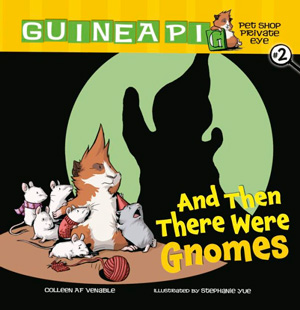 Guinea PIG, Pet Shop Private Eye: And Then There Were Gnomes

Sasspants, PI(G), the world's fluffiest detective, is back on the case — or she will be, if her sidekick Hamisher can convince her there's really a mystery afoot. Hamisher has made up so many stories, Sasspants doesn't believe him. But one by one the mice in Mr. Venezi's pet shop are going missing, and all the spooky clues point to…a ghost! Once our shaggy Sherlocks start digging for answers, they will stop at nothing to ferret out the truth! 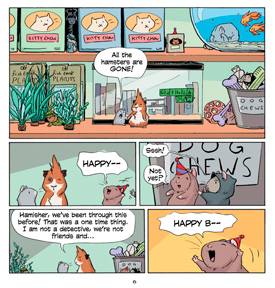 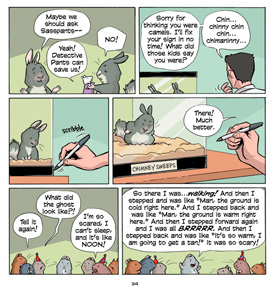 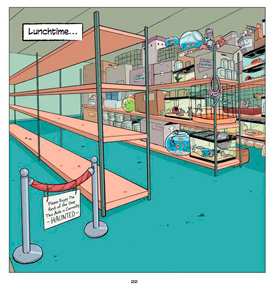 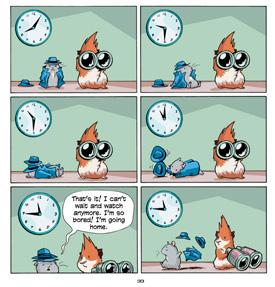 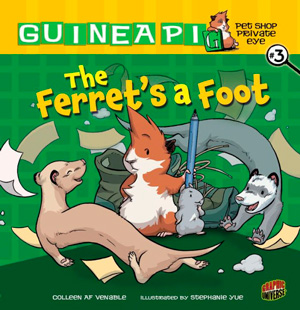 Mr. Venezi has put up a "help wanted" sign in the pet shop. He needs someone to keep track of the animals. But more help might mean he sells more pets, and the animals will have to leave their home. Sasspants, PI(G)—fluffy-but-reluctant detective—is on the case. She fixes the signs on all the cages, but then a vandal turns turtle into turnip and fish into knish! Are the crazy ferrets behind it? The game is afoot for Sasspants and her sidekick Hamisher! 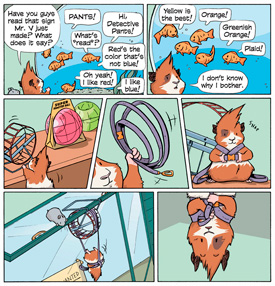 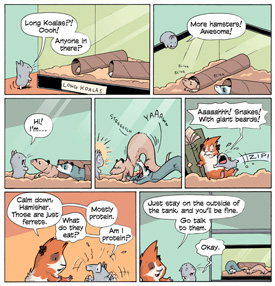 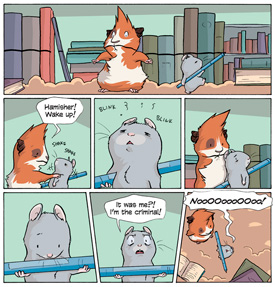 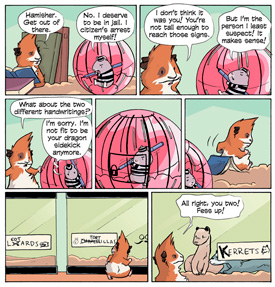 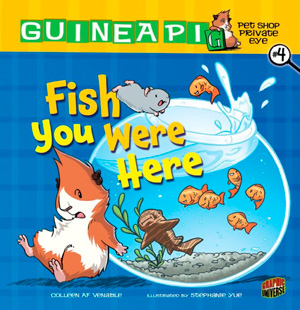 The animals in Mr. Venezi's pet shop are used to how forgetful he is. Then he hires the perfect assistant, Viola. She does her job so well that Mr. V hardly needs to be there. In fact, one day, Mr. V doesn't come back at all! But then Viola starts ignoring the animals. Has Mr. V given the pet shop to a villain? Or is some other mystery afoot? Sasspants, PI(G)—fluffy-but-determined guinea pig detective—and junior detective Hamisher the hamster—will soon fish out the answers! 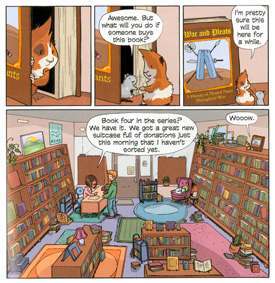 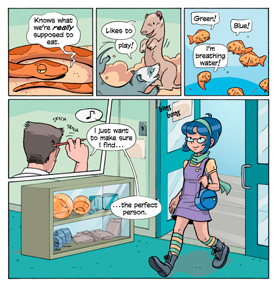 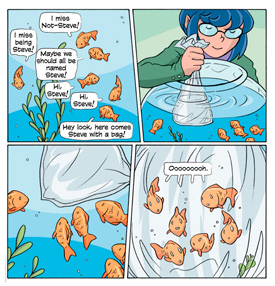 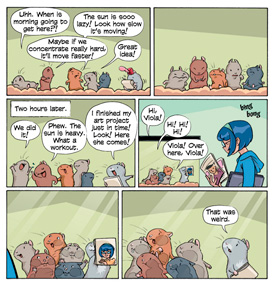 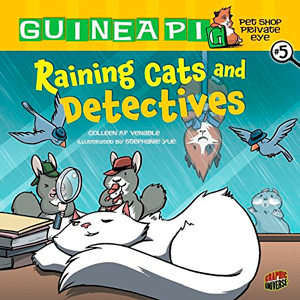 It's a dark and stormy afternoon when Sasspants, PI(G), leaves Mr. Venezi's pet shop to live with a new owner. Soon there's a mystery afoot back at the shop: the cat from the bookstore next door has disappeared. All the pet shop animals are putting on their detective hats, but their fluffy-but-faraway guinea pig detective can't help them follow the clues! Can Hamisher the hamster solve this cat-napping without Sasspants? He's going to try his furry best not only to crack the case, but to reunite with his best friend and fellow sleuth too. 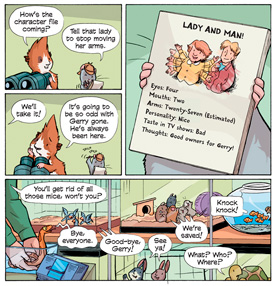 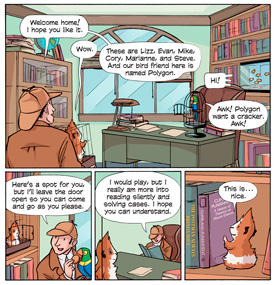 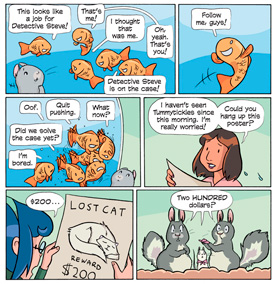 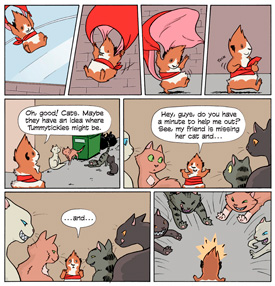 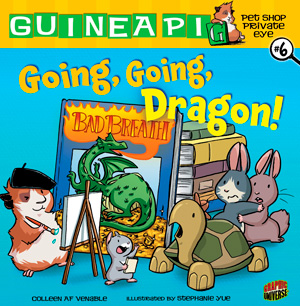 Sasspants, Hamisher, and company have never had it so good. Now that Mr. Venezi's Pets and Stuff doesn't actually sell pets, everybody has time to explore other interests. There's scuba diving in the fish tank with the Steves, theatrical performances with the mice, and walrus toothbrushes and aardvark neckties for everyone! It's not all good times, though. Mr. Venezi's been mistaking his bills for fan mail and a dragon may have moved into the shop. Can Sasspants and Hamisher ensure that a 'happily ever after' is in store for the animals, Mr. Venezi, Viola…and even that nice lady from the bookshop next door? 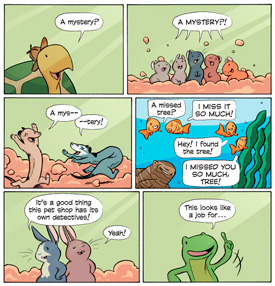 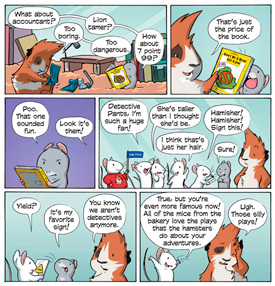 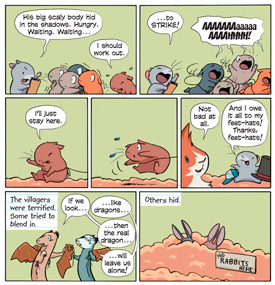 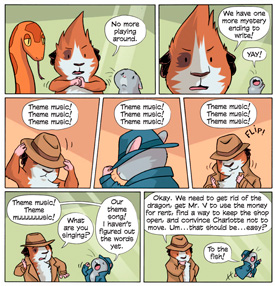